Japanese gardens ask that you go beyond the garden spiritually, that you look at the garden not merely as an object but also as a path into the realms of spirit. 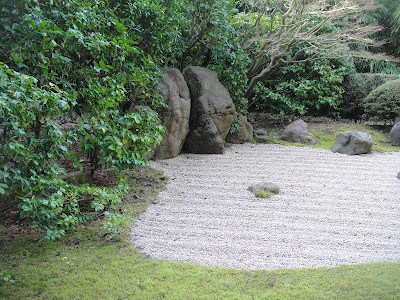 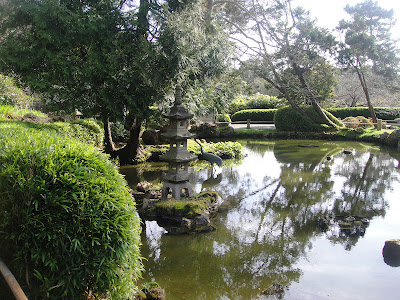 Balance between stone and water.


A garden pathway to the East. 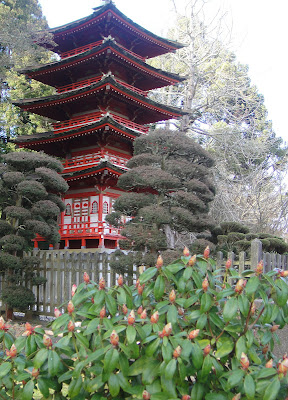 This is the famous Japanese Tea Garden of San Francisco's Golden Gate Park. It started out in 1894 on one acre and was expanded to five acres by landscape designer and gardener Makoto Hagiwara, who lived here with his family and nurtured the garden until 1942.  This is the oldest Japanese garden in the United States. 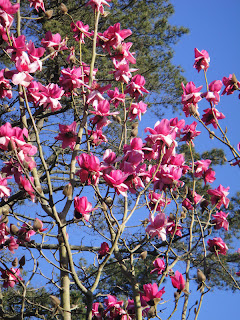 There was a bit of chill in the air on the February day I visited but it was a gorgeous, sunny day. 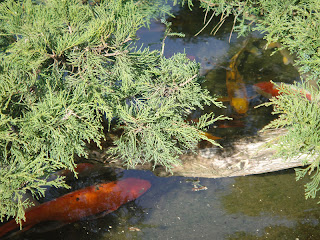 So much so that the fish found a shady spot to rest under a low lying pruned cedar. 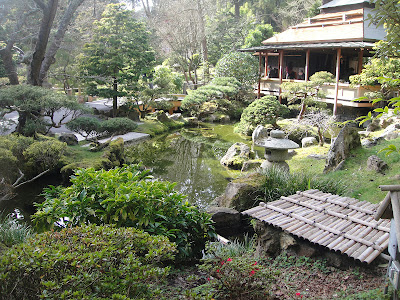 I also found a place for a rest, at the tea house with beautiful views of the garden and where even a bowl of rice soup is a work of art. 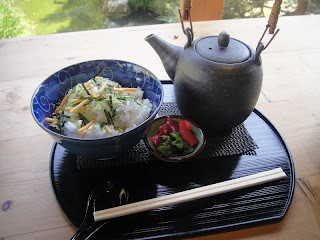 Although it is debated, Mr. Hagiwara is also said to have introduced the fortune cookie to customers of the tea house in this garden. 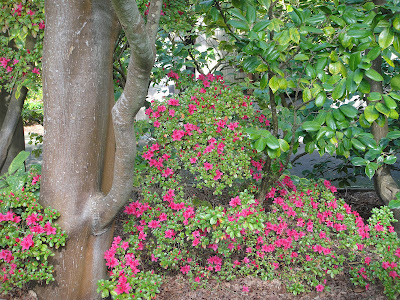 Azaleas and rhododendrons were blooming. 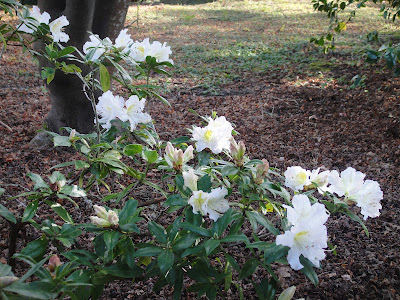 Water falls by the dwarf trees 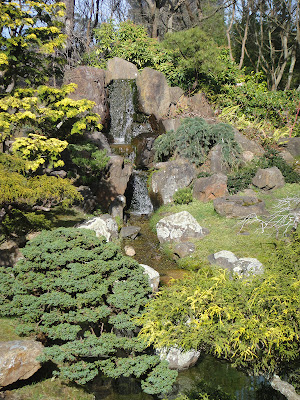 and a stone boat basin, brought in 1996 originally from a village near Tokyo, is traditionally used for hand washing at tea ceremonies. 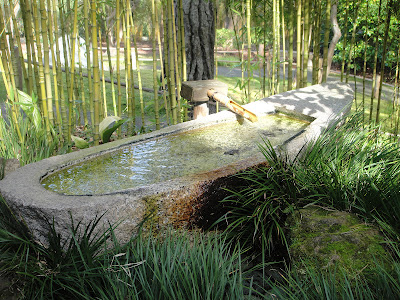 Like the iconic Golden Gate bridge in this city, the Japanese Tea Garden is a graceful icon. It not only bridges a culture but the 'paths into realms of spirit' seem to be everywhere in this garden. I think Mr. Hagiwara would be happy to know that he definitely left us a fortune. No debate. 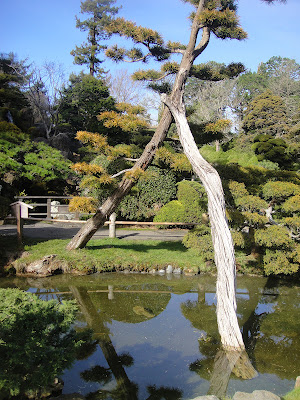 This is GardenEnvy. Copyright 2012. All rights reserved.
Posted by gardenenvy at 12:04 AM