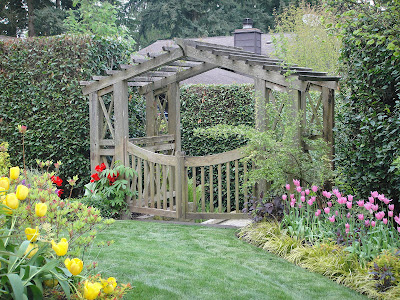 It rains 142 days a year in this town. Gardens like this one--PowellsWood, just south of Seattle in Federal Way, Washington--grow lush. Gardeners can indulge in water-loving plants and lawns without a guilty conscience about using the Earth's resources selfishly. It is one of the main reasons Seattle is on my short list of places I would like to live. I'm from semi-arid San Diego where it averages 43 days of rain but usually seems like it never rains.  Homeowners where I live use sprinklers year round to maintain gardens and the lawns we seem to insist on. 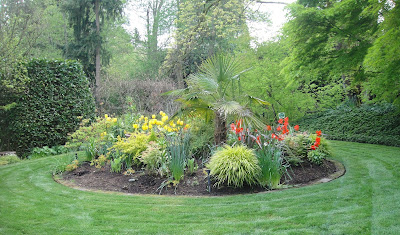 Granted, if I did live here I would also have 142 bad hair days (my tresses are naturally untamed and a flat iron can be a waste of time on rainy days). Vanity aside, I still think it is worthwhile for non-stop views of evergreen trees, backyards like the one above 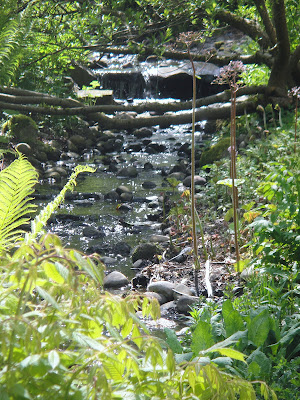 and gardens that feature man-made streams and ponds. 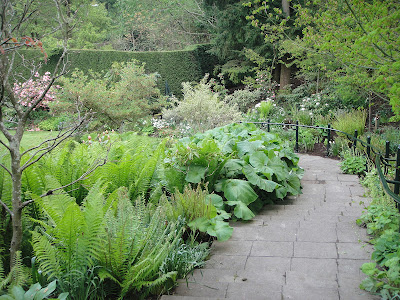 In the early 1990's this land was a dumping ground.  A home builder, Monte Powell, purchased it and began preparing the land for a garden.  Once established the gardens were opened for public tours and events. 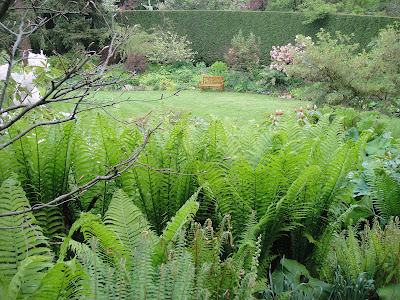 It was only the beginning of May when I visited, yet the deep borders were full. A sheared hedge serves as a garden wall. This two-acre site, described simply as "a northwest garden," 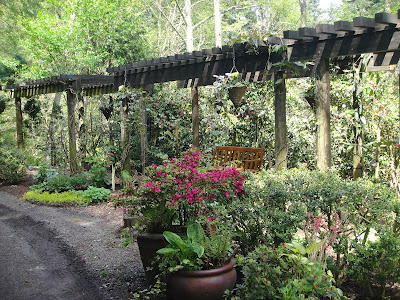 features garden rooms and also has a woodland garden and a modest home on site. 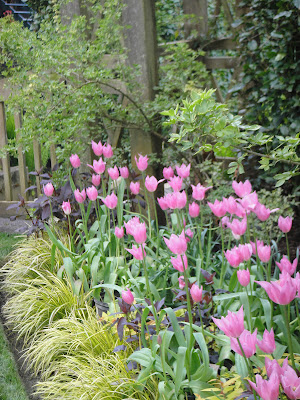 I found myself attracted to this unusual combination of yellow foliage and pink tulips.  I think it works in part because it is surrounded by lots of dark green. 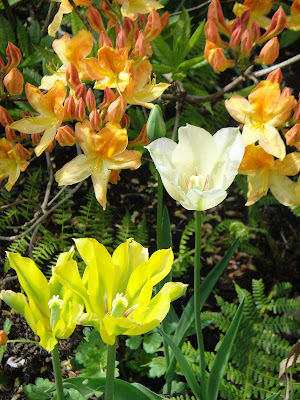 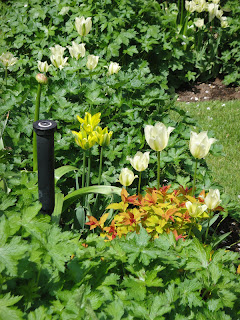 But wait, so were the water sprinklers.  Really, in Seattle? 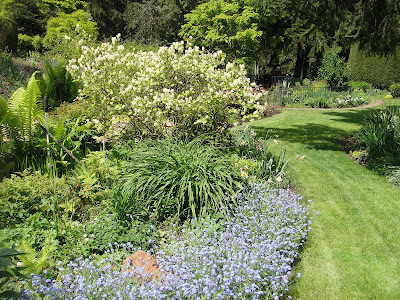 One of the crew was setting out one-gallon vines that she wanted planted before an upcoming event. "I notice sprinklers in the garden," I said, "and I was just wondering how often you have to use them." She told me that sometimes, during the dry summer season, the gardens need water for maintenance.  But during the last few years Seattle has had even more rain than usual and she acknowledged that they haven't actually used the sprinklers in a few years. 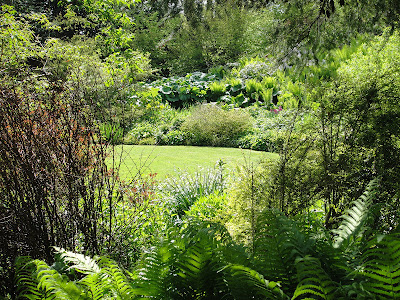 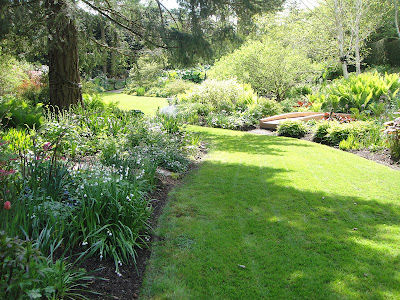 Wouldn't that be nice. 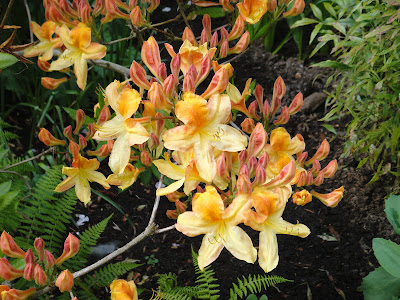 Indeed, during my recent five day visit to Seattle it rained four out of the five days I was there.  At least it was sunny the morning I visited PowellsWood but the sky later broke open while I was driving back to the city and it dumped buckets of rain. 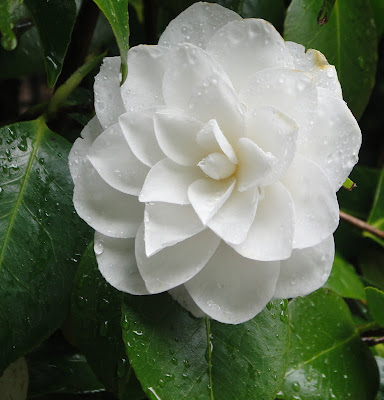 But even in the middle of downtown Seattle, 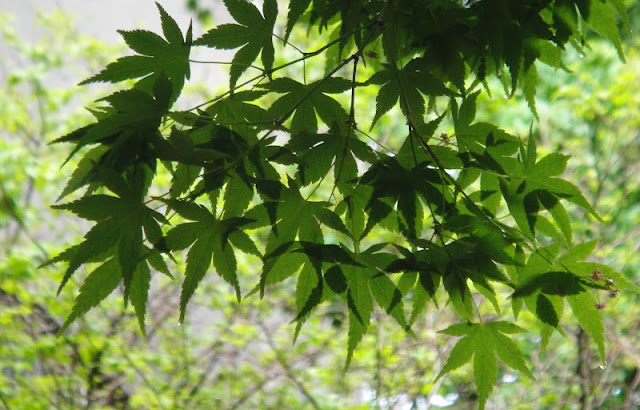 I was compelled to stop and admire this small plaza garden that was simply stunning in green and white, thick with a canopy of maple trees, 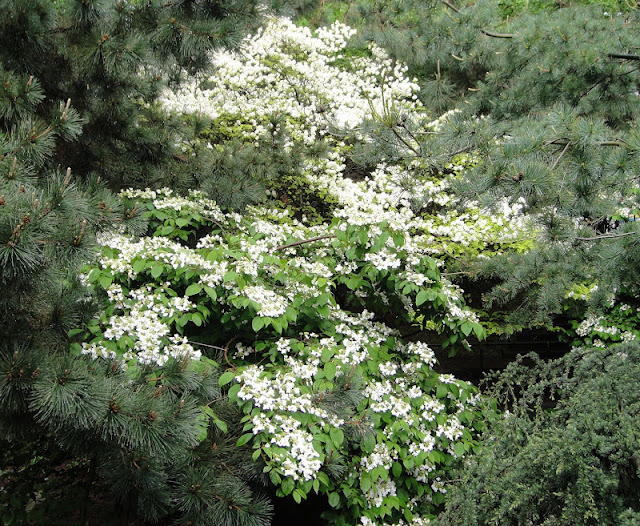 evergreen pine trees and an abundance of white blooming rhododendrons.  Simple northwest garden pleasures that seem to pour effortlessly from the skies in a big way.  And I just can't get enough.