Over the summer I visited the Windy City and I was able to
visit a familiar and favorite garden of mine: the Lincoln Park Conservatory. 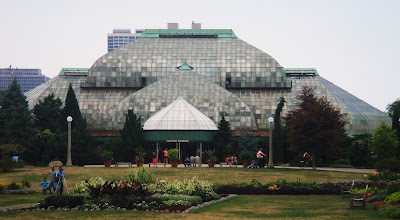 Of all the landmarks in the Windy City that provoke pleasant childhood memories, the two at the top of my list would be Wrigley Field and the Conservatory. I lived near "the friendly confines of Wrigley Field" and the time I spent watching the Cubs play baseball from the grandstands, for me, was like being at summer camp. 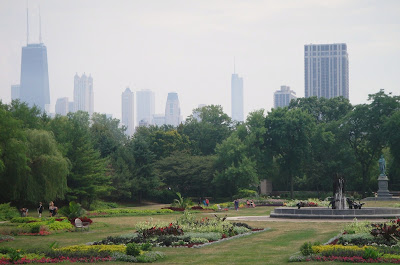 And Lincoln Park wasn't too far away either; it's in the shadow of the Loop and
just off the iconic Lake Shore Drive. And while the lawn outside the conservatory suffered from unusual drought this past summer, 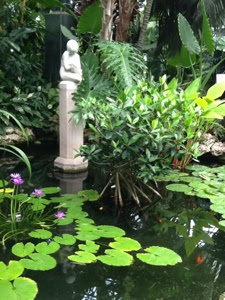 on the inside, all is right with the world. It's been years since my last visit but just walking in, seeing the lily pond and the paths lined with tropical plants, I was instantly transported back in time. 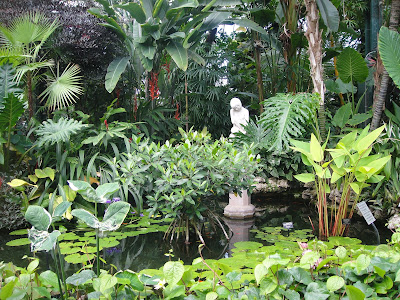 Inside, it still looks like the jungle I remember as a child--filled with palms, orchids and all sorts of plants that would never survive the frigid Chicago winter outside the obscure glass windows. 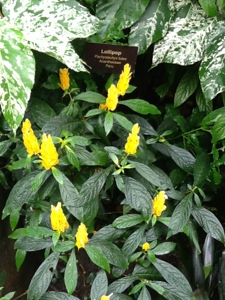 Such as the lovely Lollipop plant (Pachystachys Lutea), 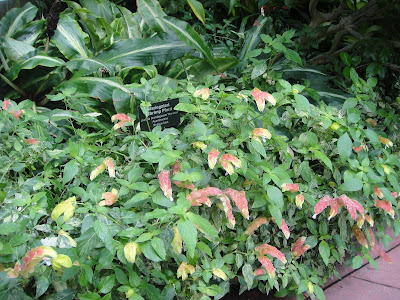 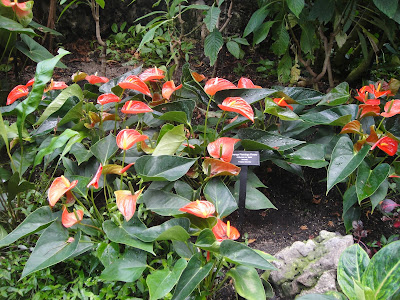 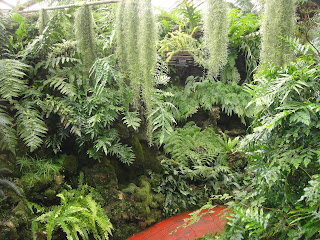 and even Spanish Moss (Tillandsia usneoides). 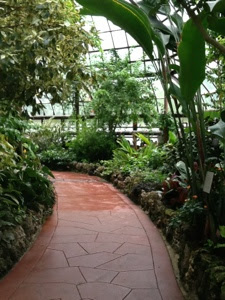 On most days the humidity is the first thing one notices upon walking into this greenhouse, but on this day--with the temperature in the high 90's in the city in July and the humidity about the same--it is difficult to discern any difference between outside and inside. 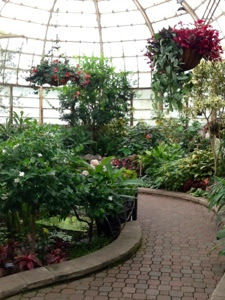 My father loved the park and he frequently took me and my sister after church for a walk in the conservatory or the Lincoln Park Zoo, which is right next door. My mother loved attending the special flower shows at the conservatory and we always took photos, dressed in our Sunday best, against the backdrop of plants and flowers, such as lilies or poinsettias, depending on the season. 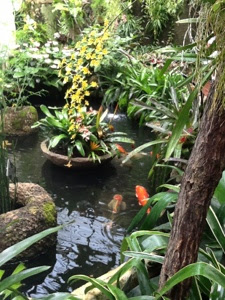 While much of my old stomping grounds have changed--for the good--still, I take comfort that things haven't changed too much inside here. I don't want to bog you down with too much sentiment, but it occurs to me that because I grew up living in a city apartment without a garden, Lincoln Park and the Conservatory is sort of the garden of my childhood. 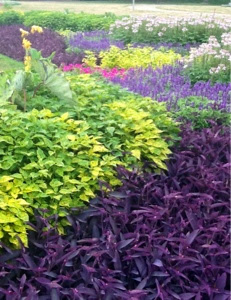 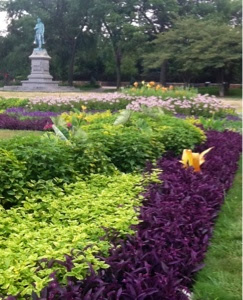 Outside, the colorful summer borders in the formal gardens in front of the conservatory were holding up 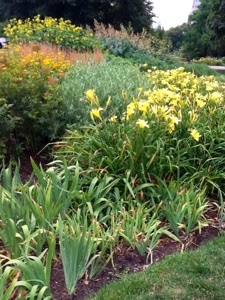 and just across the street 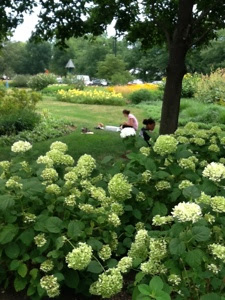 the informal borders of day lilies and hydrangeas of "Grandmother's Garden" To quote a rock star (Jon Bon Jovi), "Who says you can't go home?"
I would suggest that we do go home--if only now and then.
It is like comfort food for the soul.

Copyright 2012 by Jeannine. All Rights Reserved.
Posted by gardenenvy at 9:10 PM