It Was In The Stars: A Visit To The Italian Garden Of Villa D'Este

On a recent spring trip to Italy, I found myself in a small town outside of Rome and the stars in the heavens were aligned in my favor. It was a constellation of circumstance lined up like Orion's belt. I had a rental car, my husband, who was willing to drive the Italian roadway, and the realization that we were about 40 minutes or so from Tivoli, home of the masterpiece Renaissance garden: Villa D'Este. Like the Palace at Versailles, this Italian garden had profound influence on gardens worldwide. 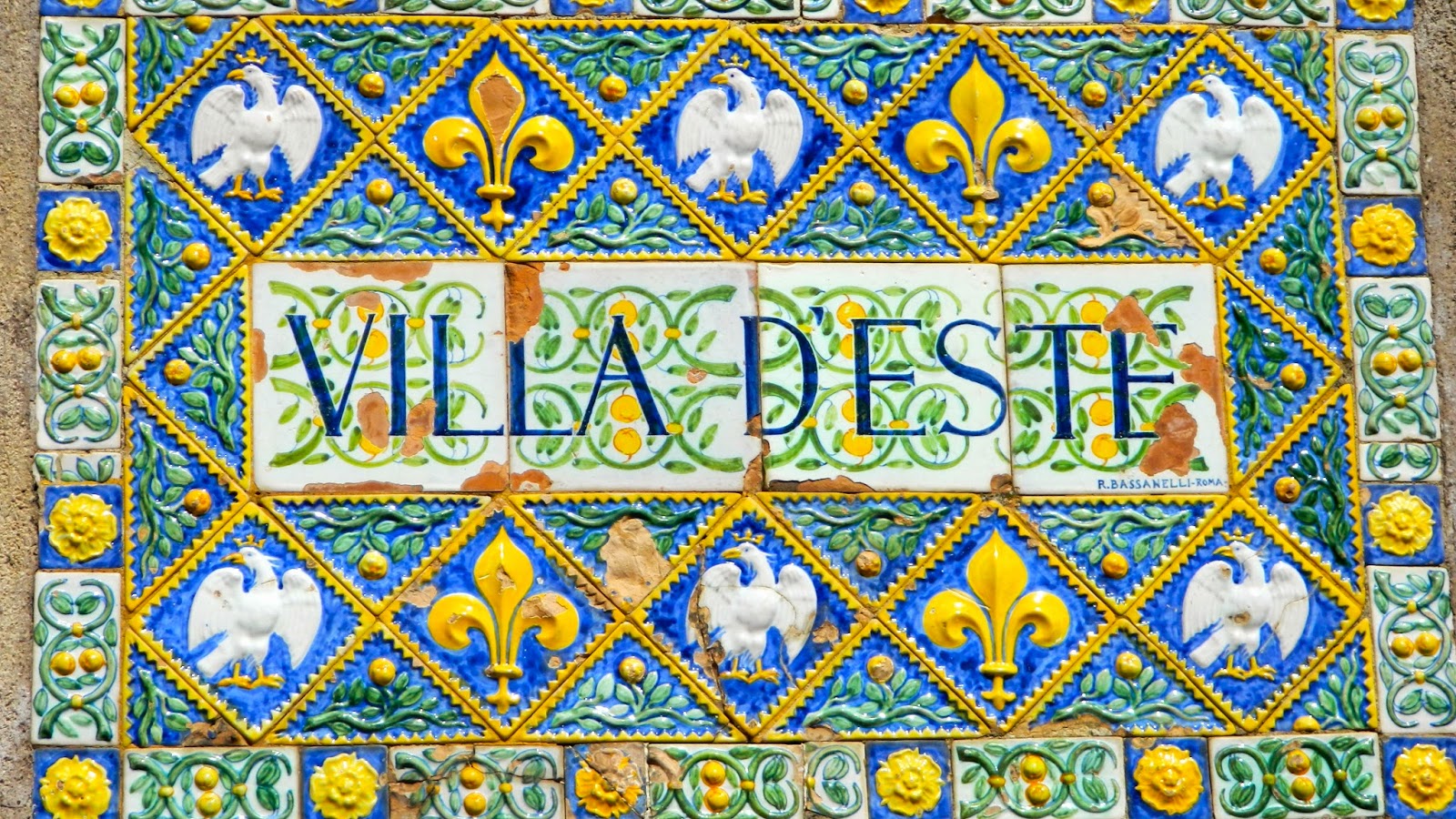 We even had GPS, although that took us to a street that dead ended on a grassy road in front of a stone over pass. We were close to the Villa, according to a local, but after several attempts through narrow streets, rough roads and limited signage, we took her advice and parked, then walked up through the town to the Villa. 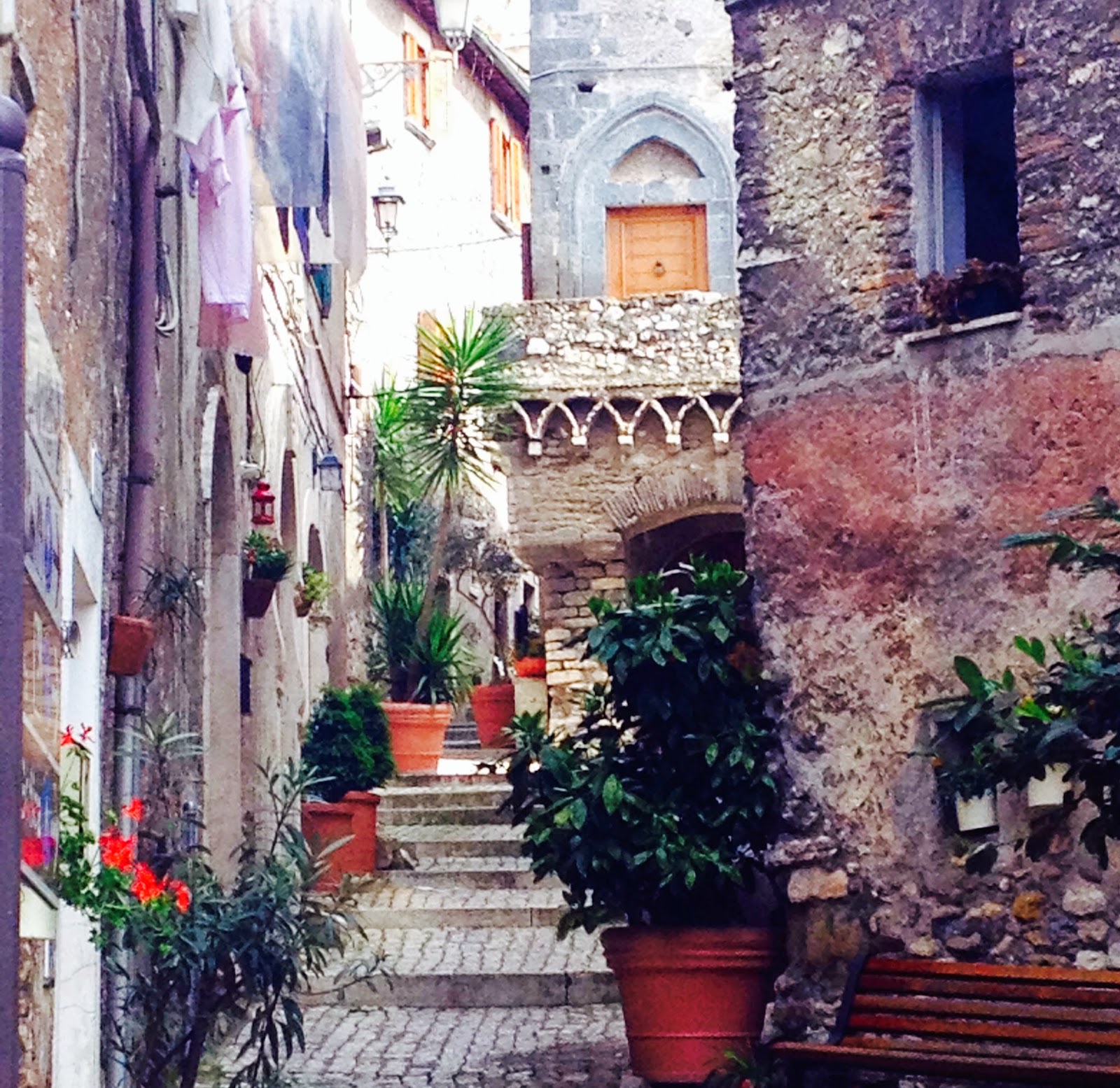 It was a charming peek into this village 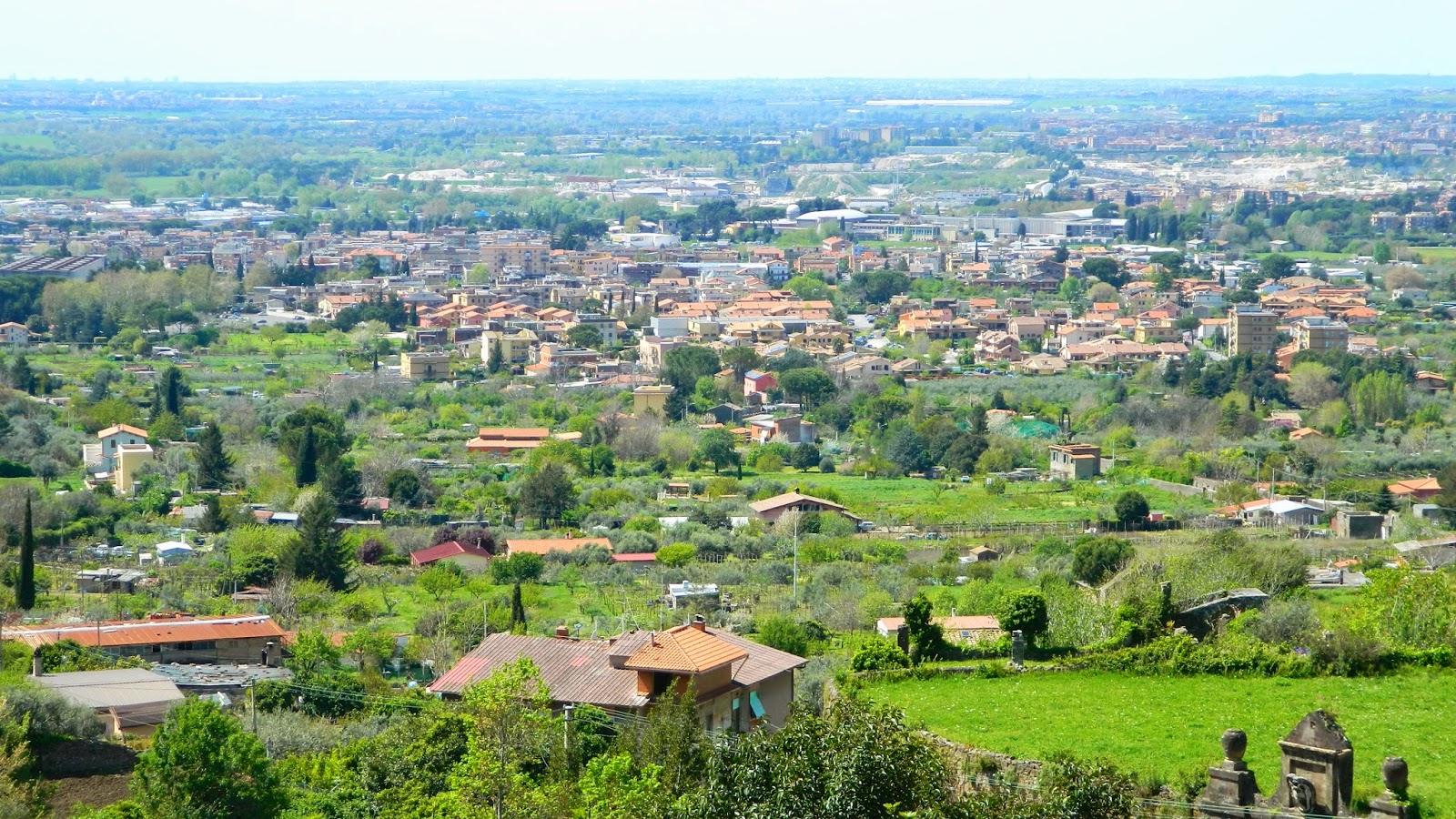 in the Italian country side. 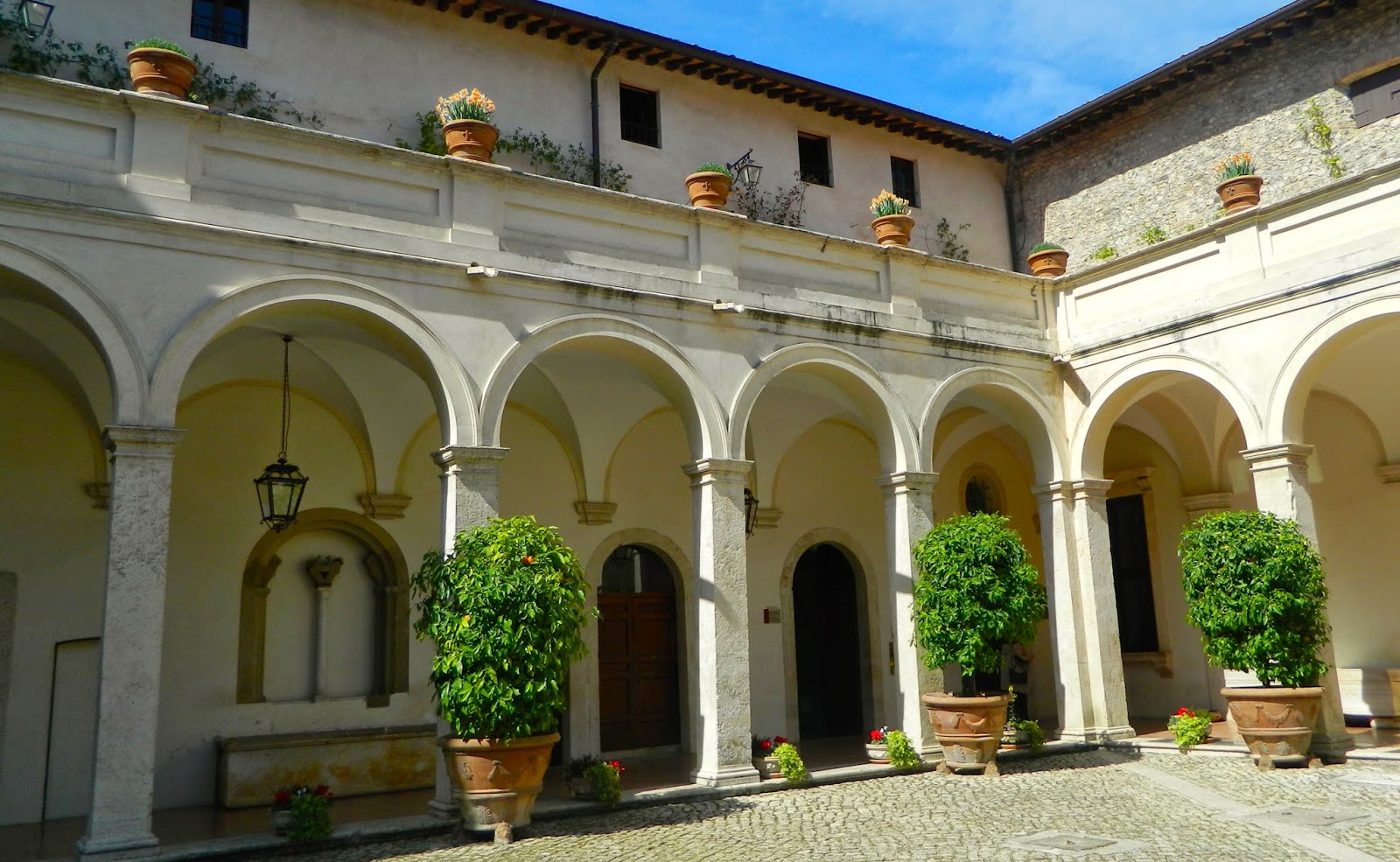 I had no idea what to expect at the Villa D'Este, but I was excited because I knew it was a must see garden. The courtyard was a peaceful spot where I rested for a short time before entering the villa. 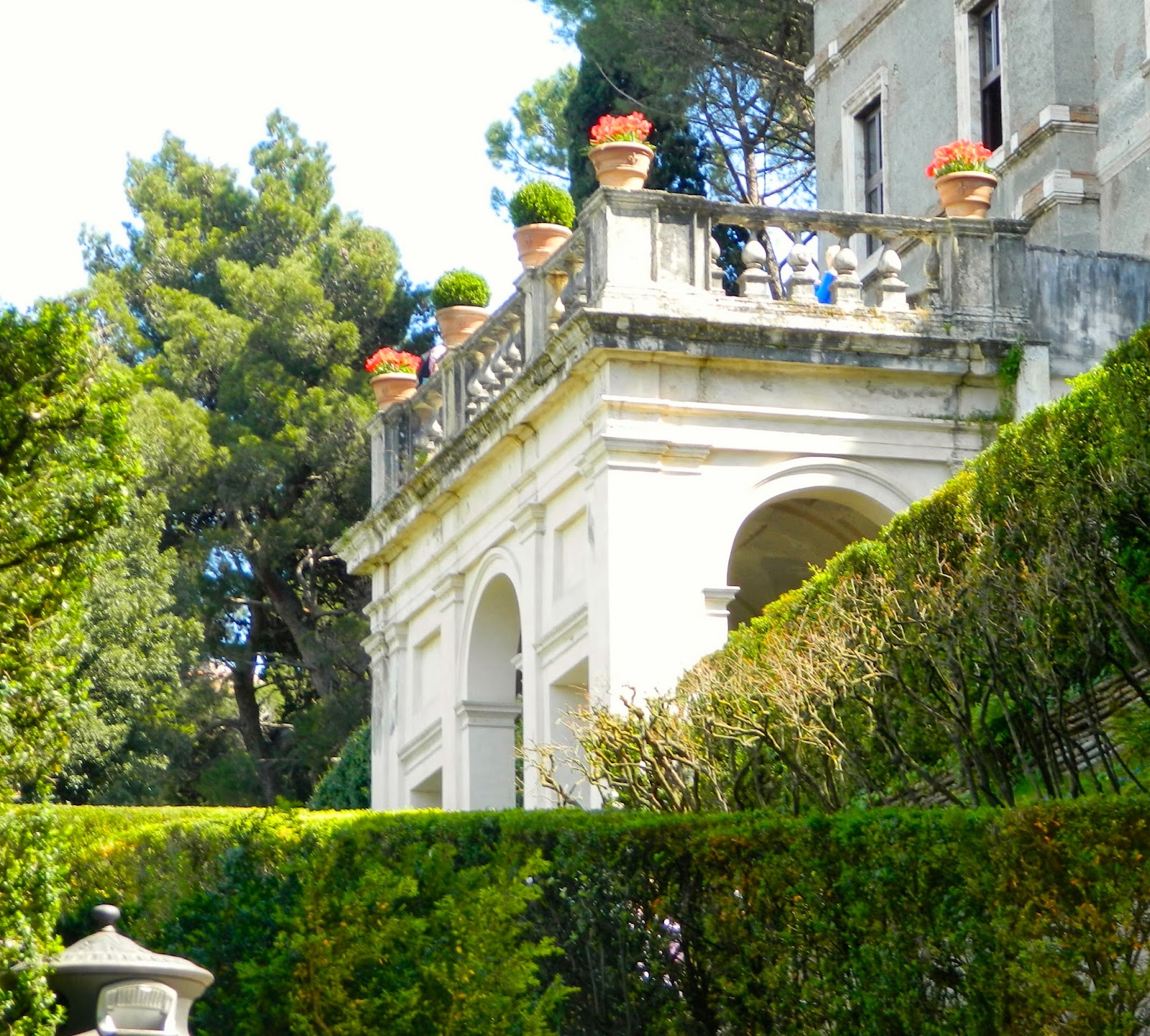 I think I only stayed inside the Villa for a few minutes before finding this terrace. 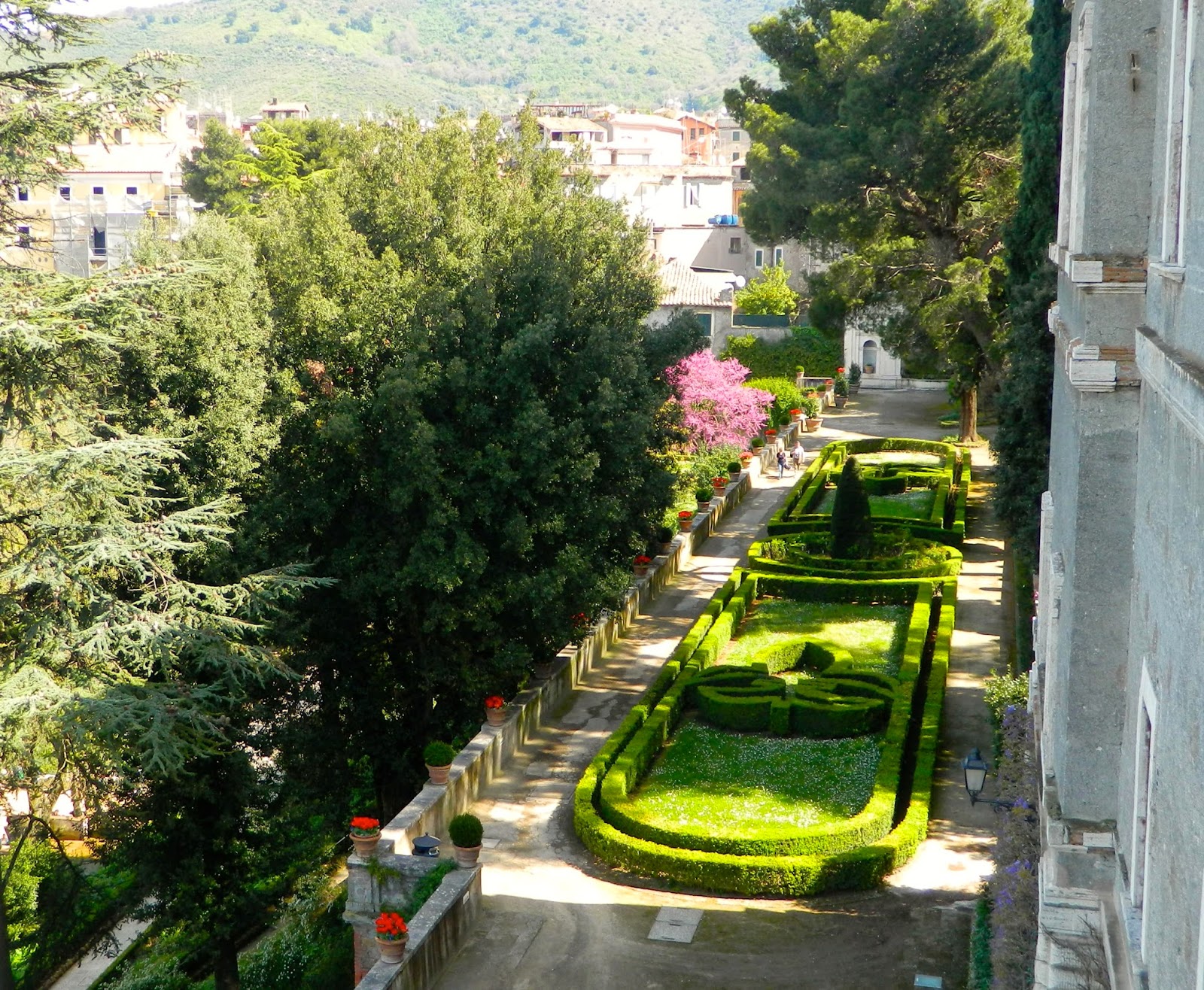 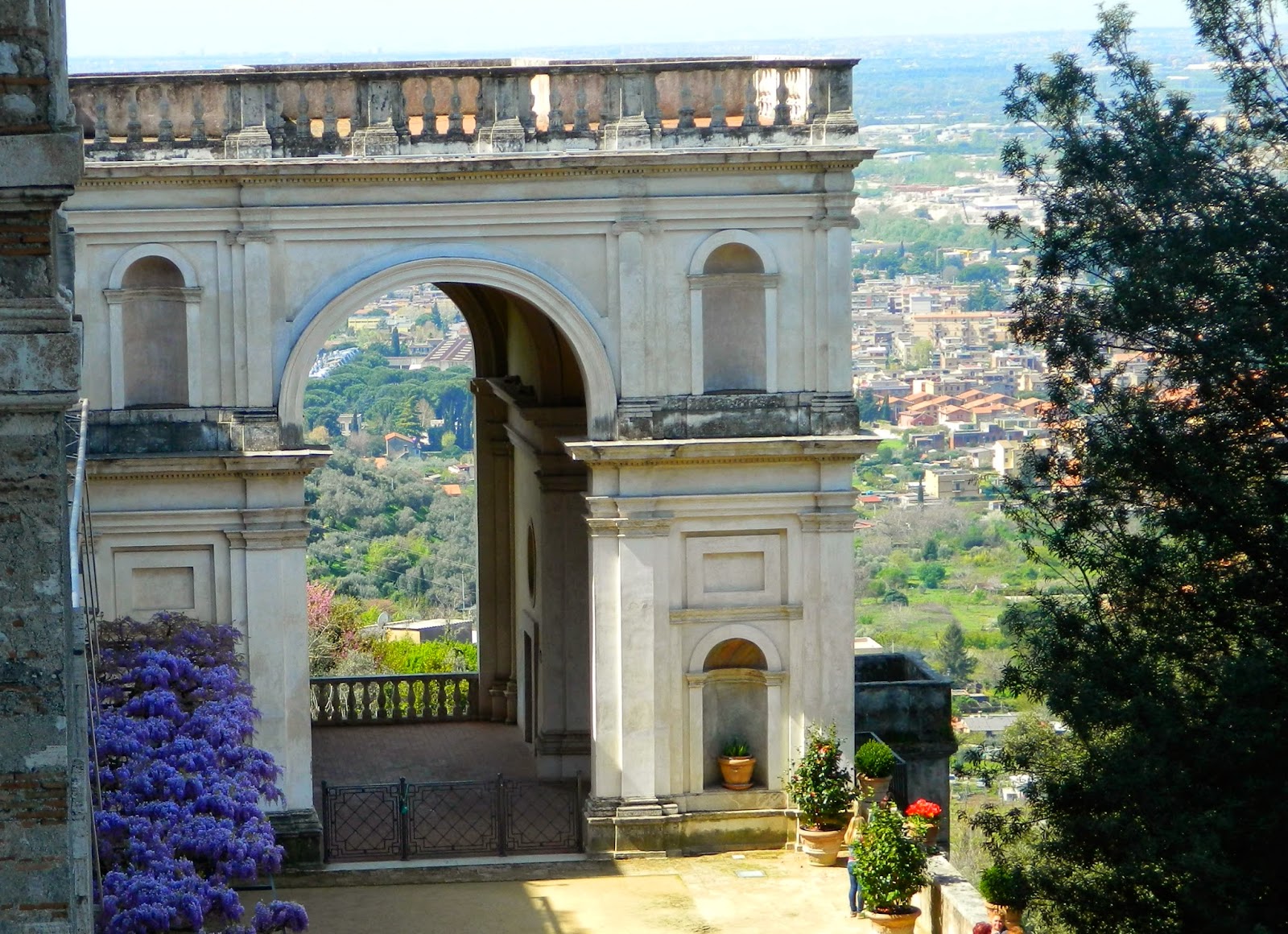 and the country side. We stayed here for a while taking it all in.
I saw wisteria blooming in purple, 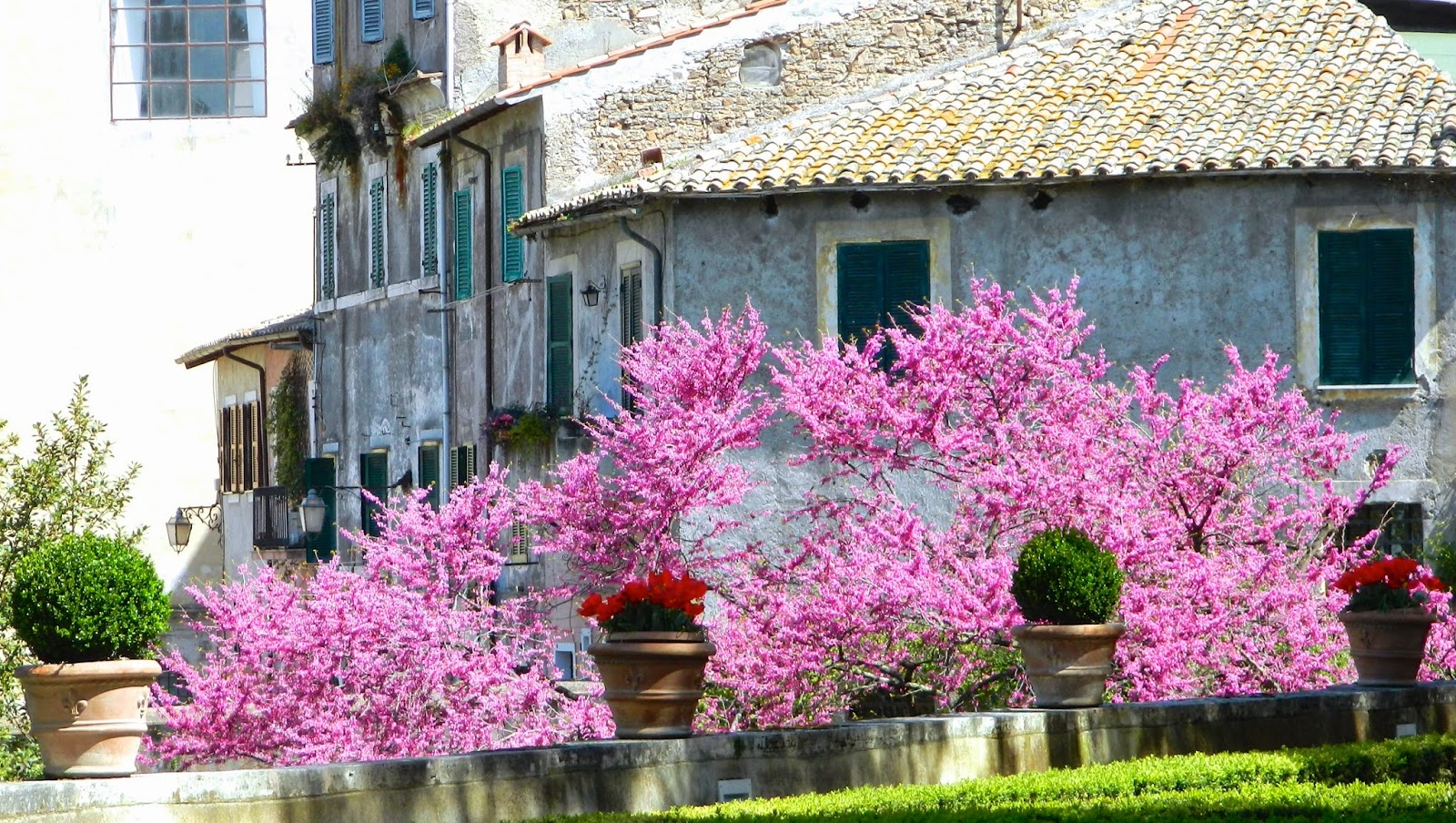 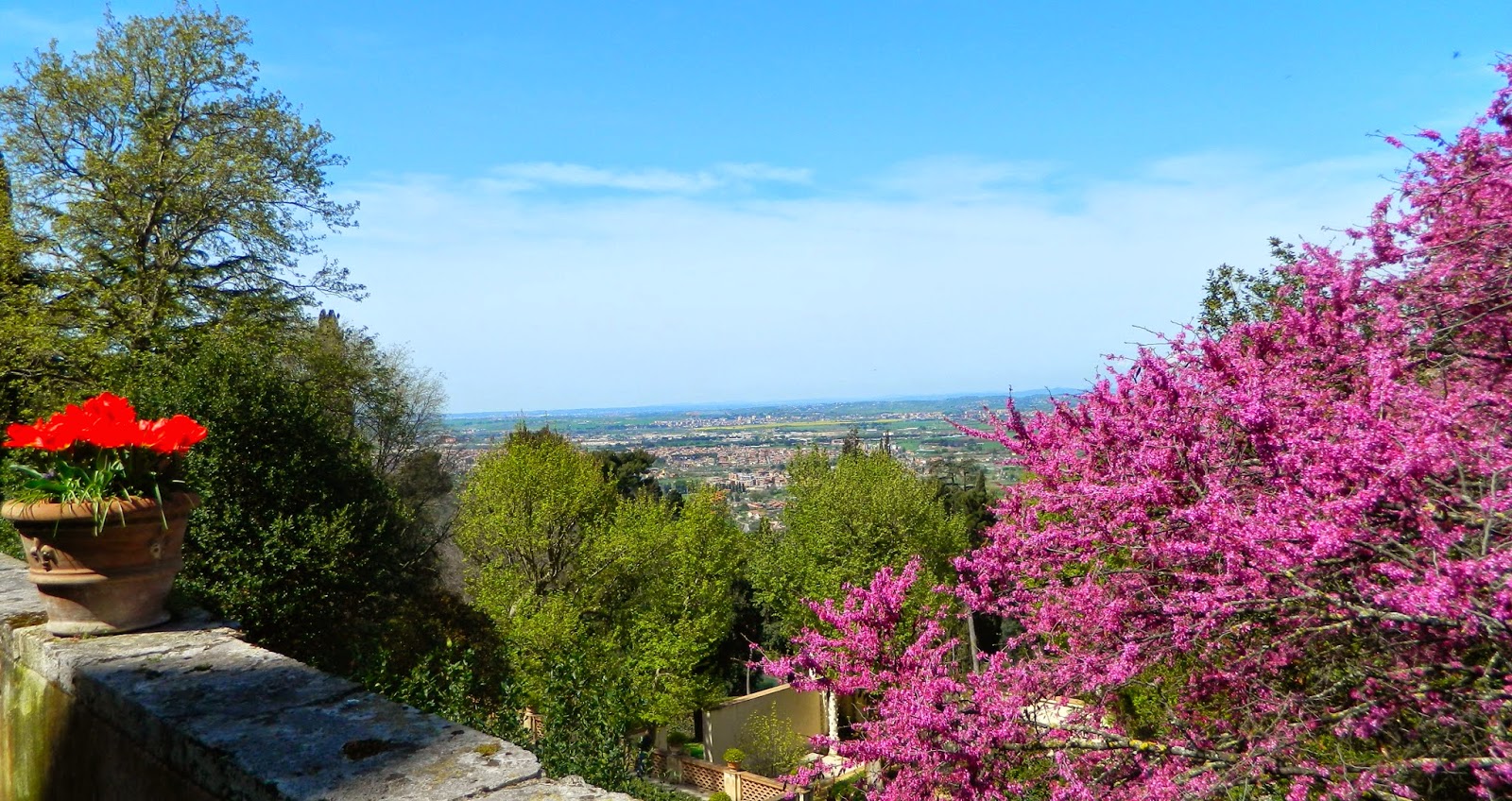 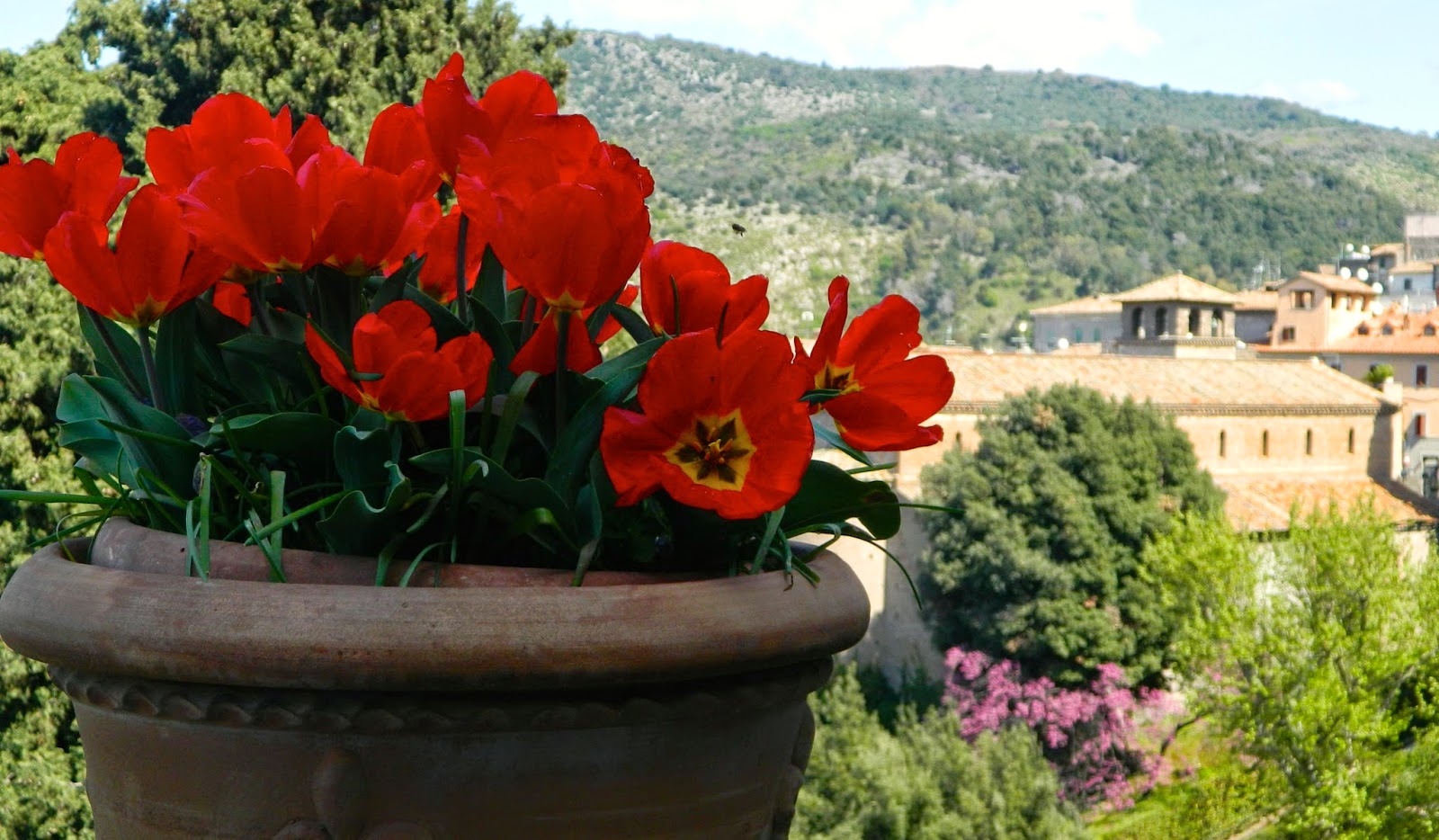 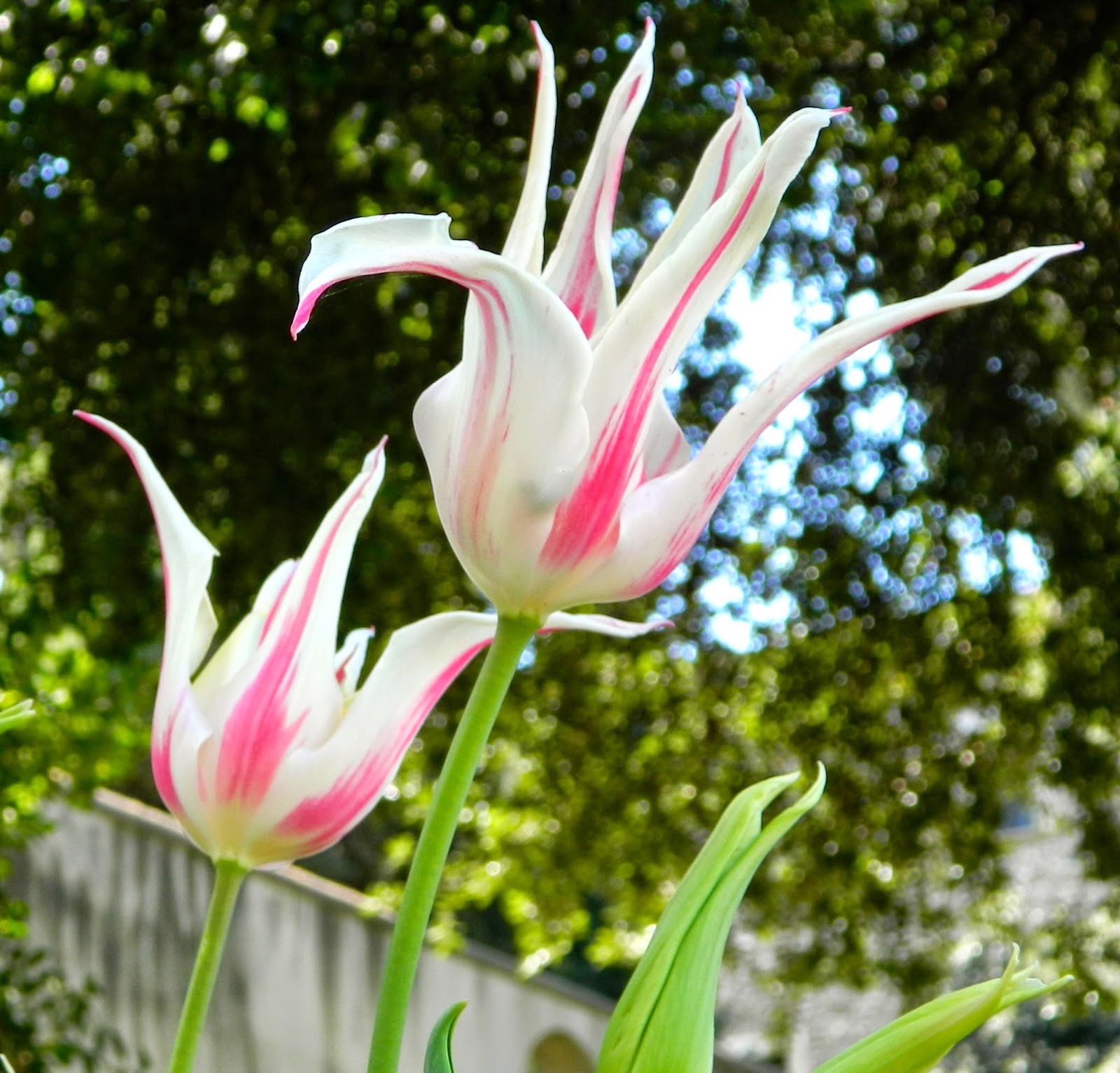 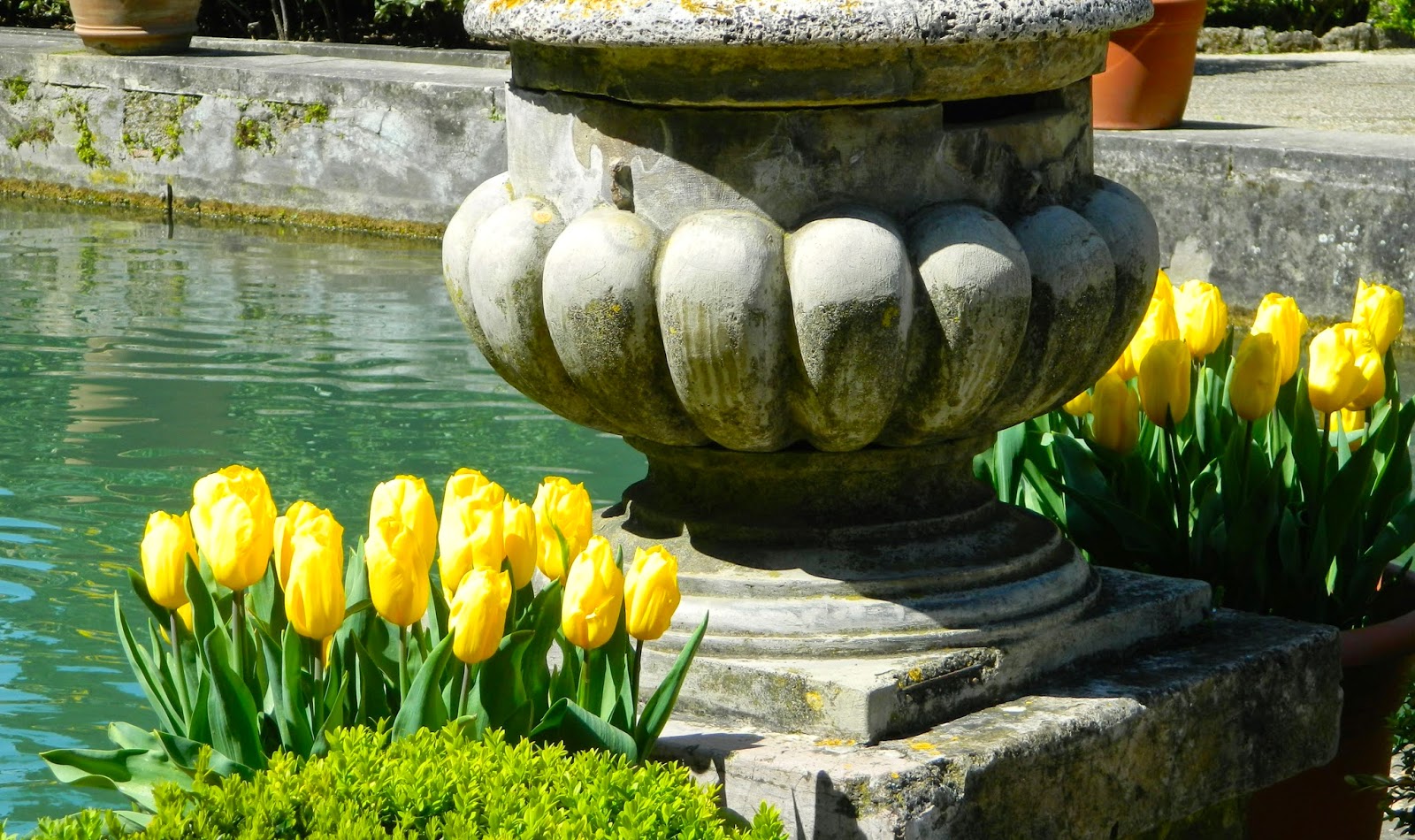 There were lots and lots of 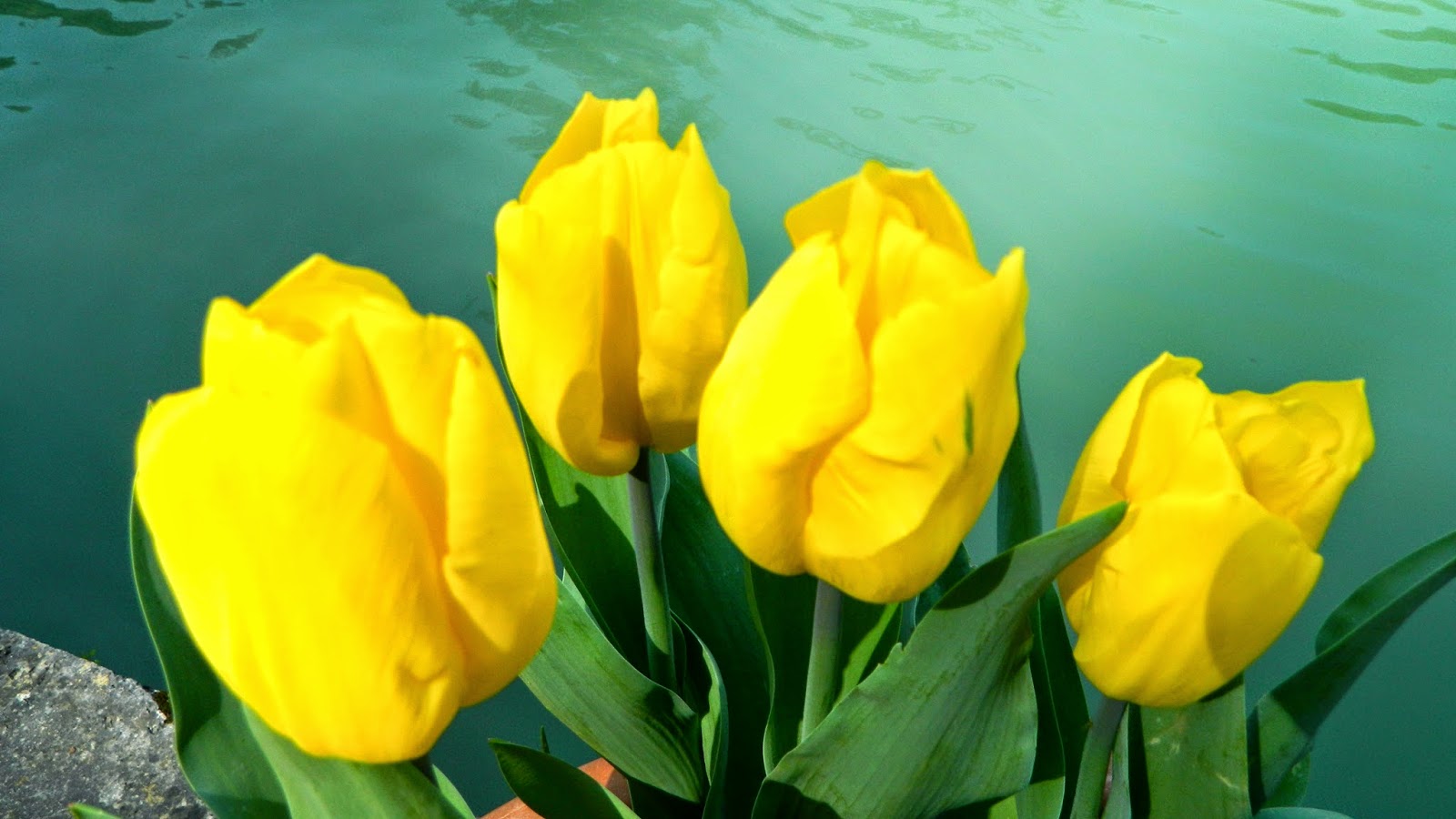 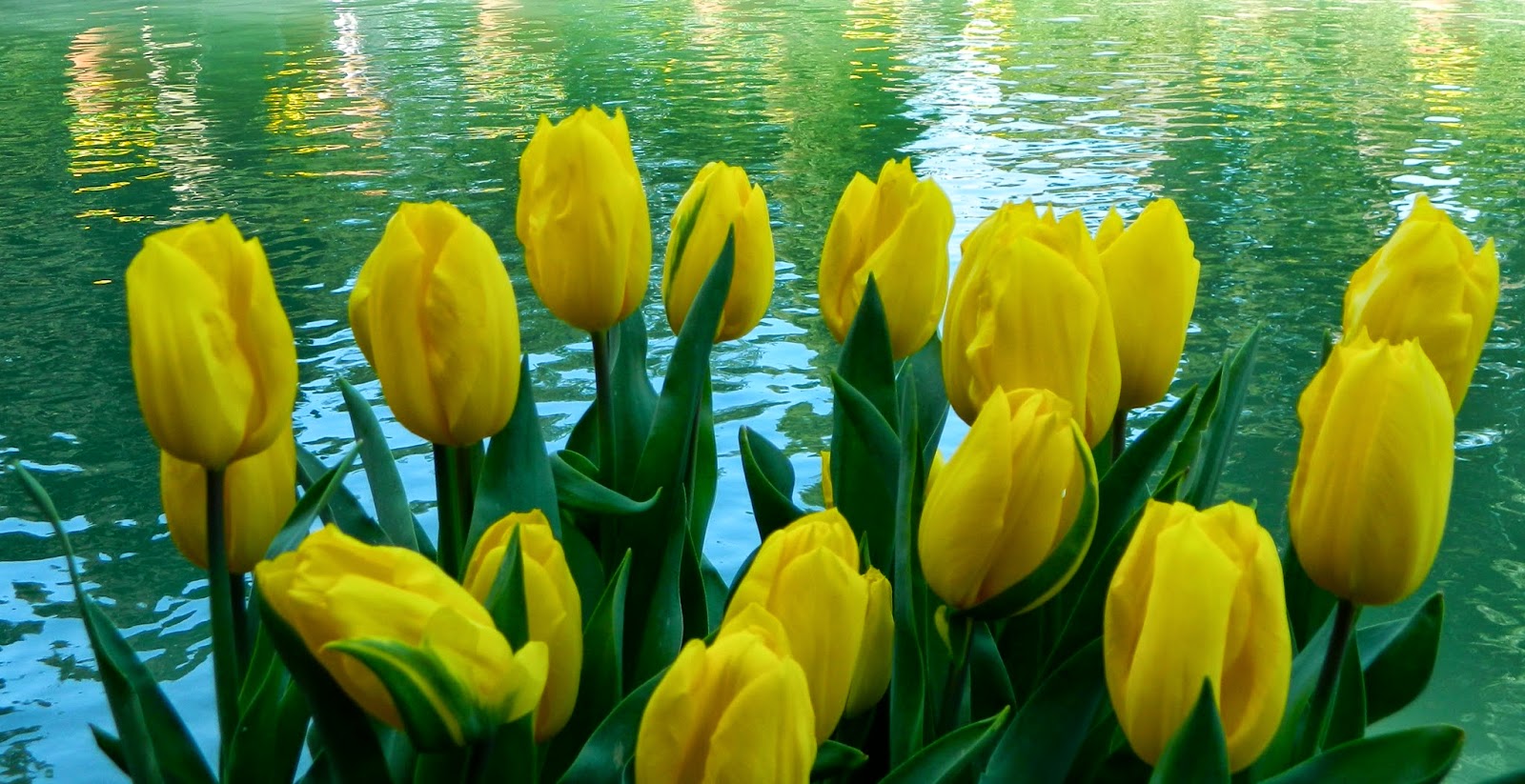 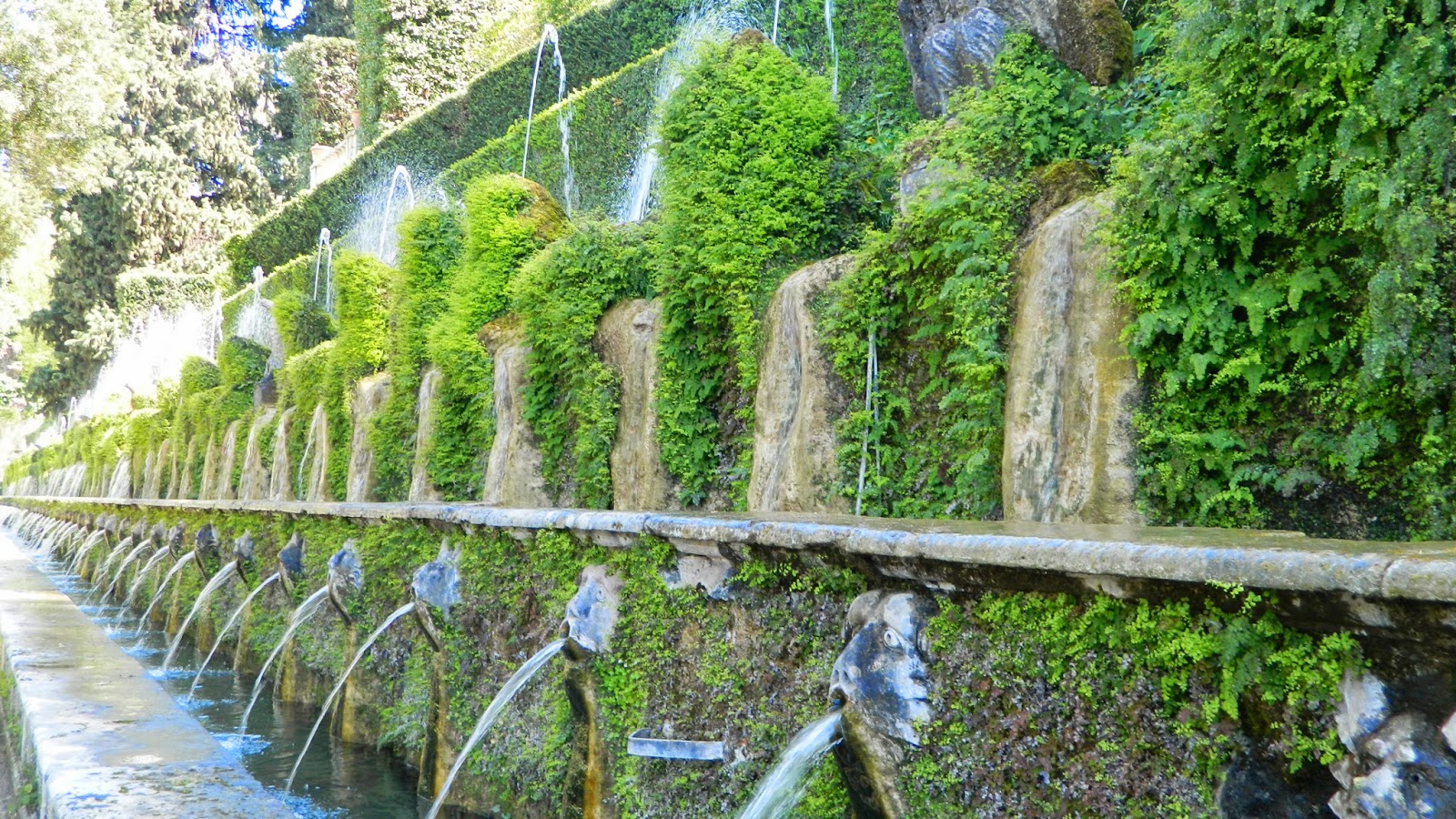 If you love a garden with fountains (and who doesn't?), then Villa D'Este is a good one to see.

There are 500 fountains in this garden (what?), which is built on two steep slopes and terraces down from the Villa. I'm thinking it must have been a hydraulic engineering nightmare in the 16th century, but I'm not surprised they pulled it off. 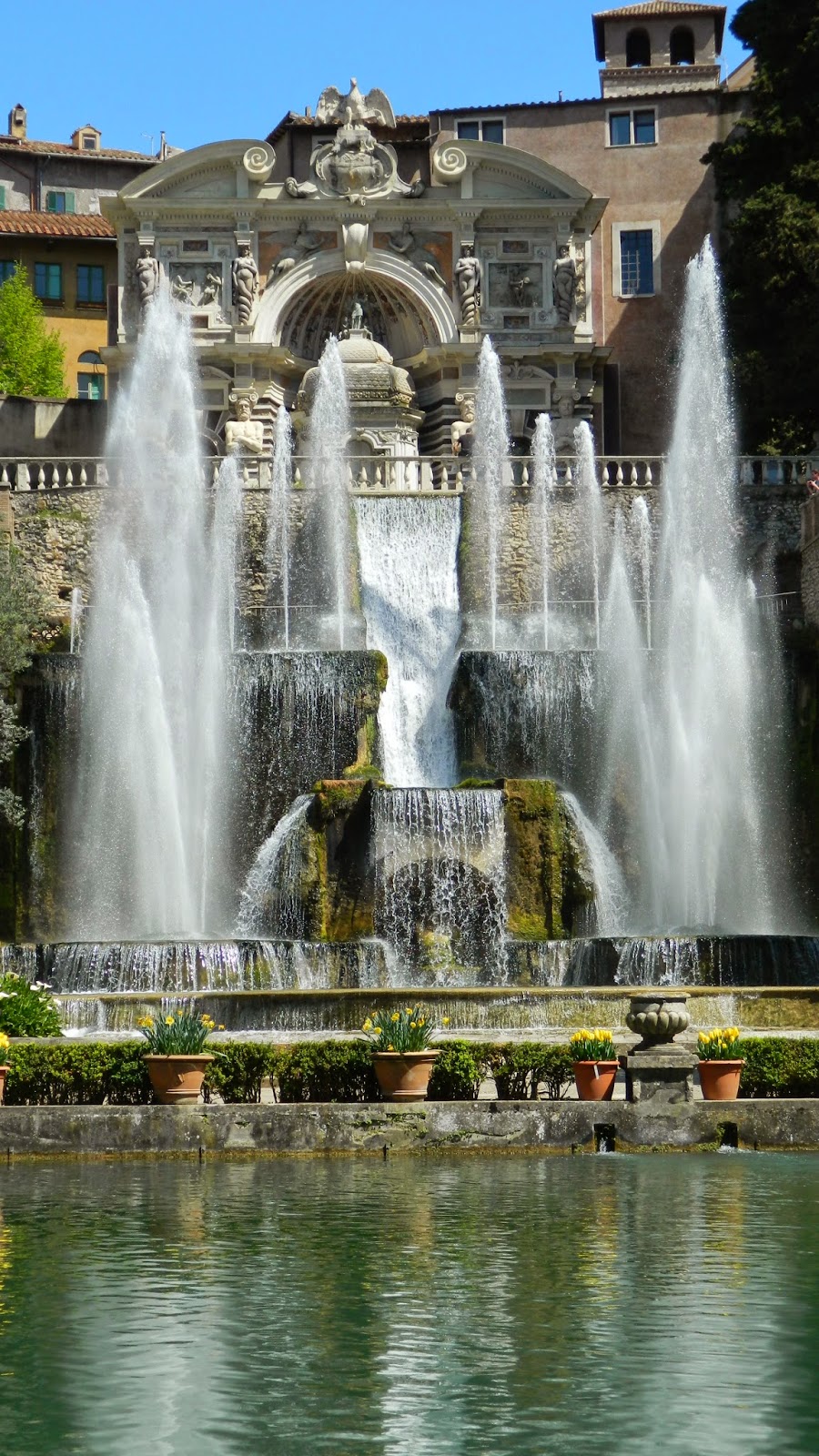 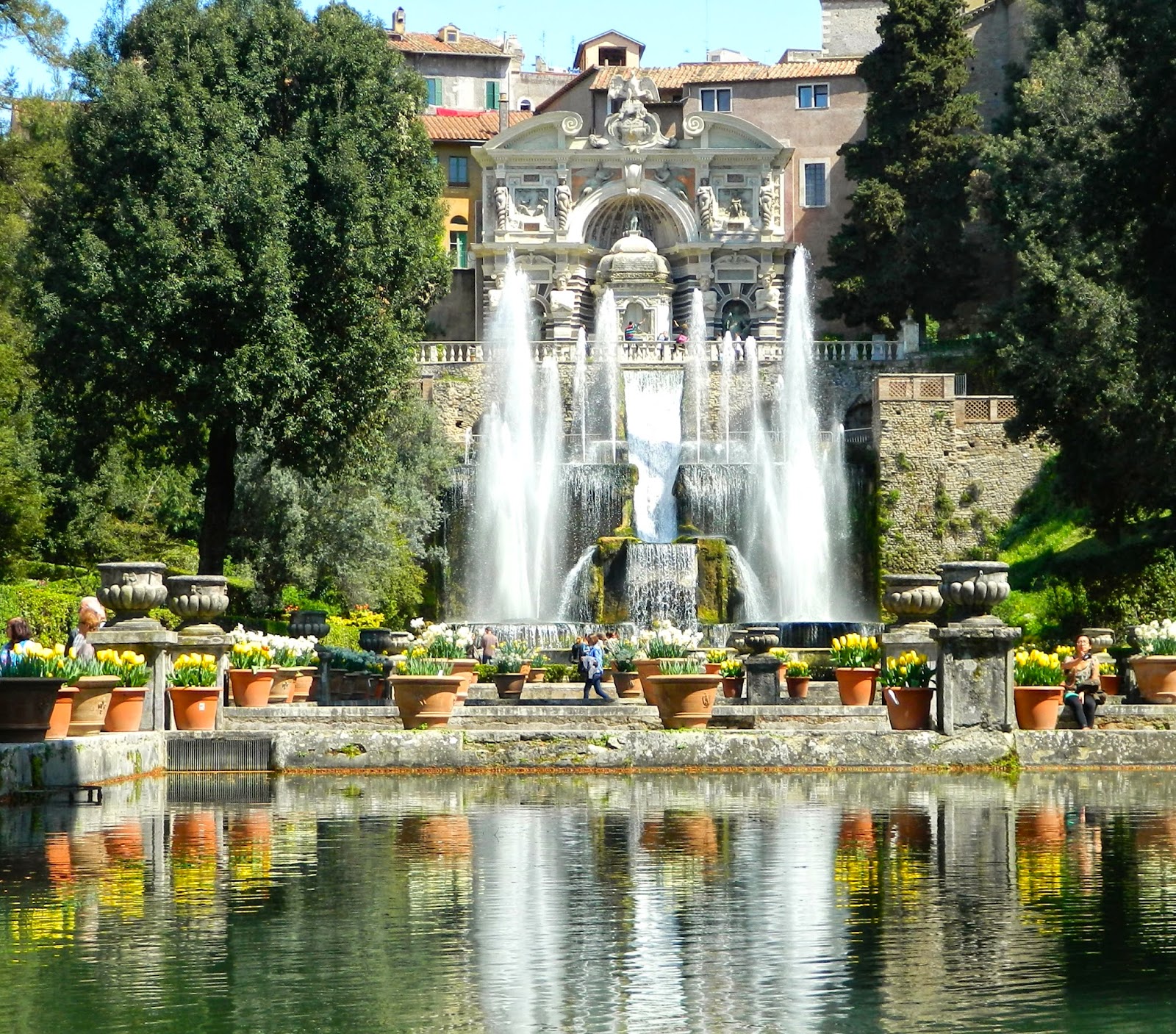 I have no idea if I saw 500 fountains, but this one is the show stopper. (It is actually a combination of two: the Water Organ fountain and the Neptune fountain.) It is about 80 feet tall and the sound of water is loud. I do know it will certainly be a fountain I won't forget.

And, there is one other thing I won't forget--this: 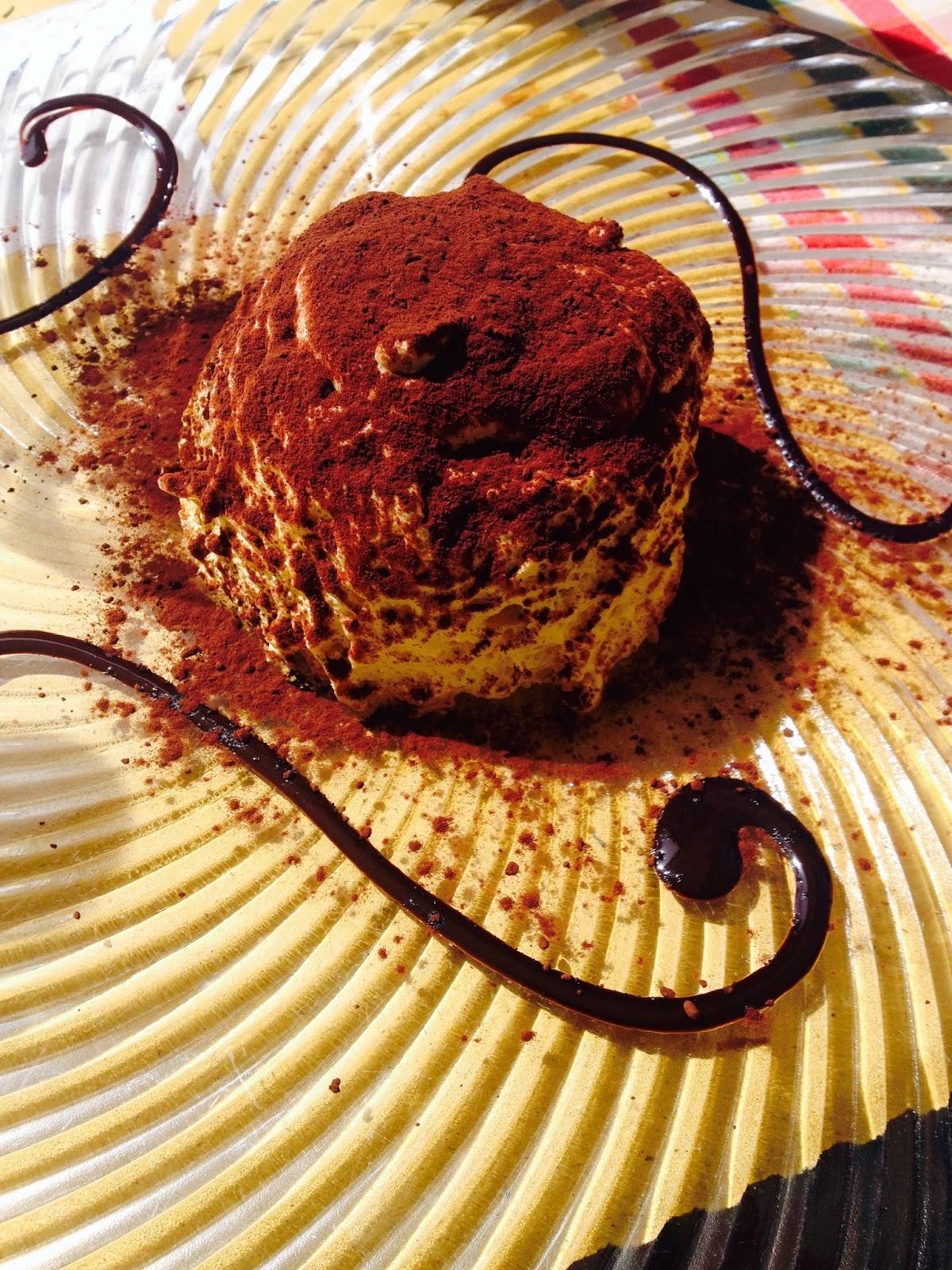 the best tiramisu ever, found at a restaurant we stopped at while walking back to our car.
OMG!

Copyright 2014 by Jeannine at www.gardenenvy.net.
GardenEnvy logo by dezine9. All Rights Reserved.