The famous gardens of Chateau de Villandry are,
in a word,  jaw-dropping. 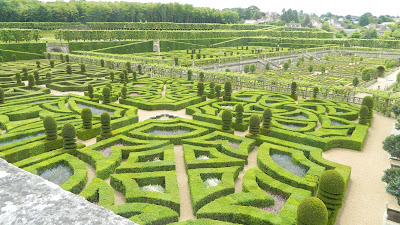 (Or is that really two words?)
Honestly, though, it is hard to stick to only one word that describes this garden. 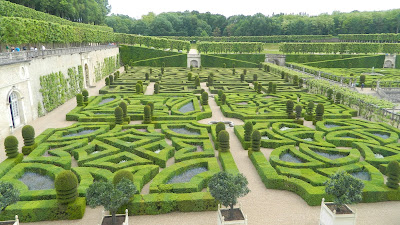 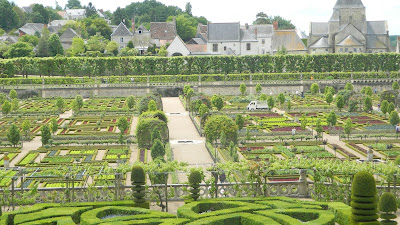 Looking at these photos I took during a visit to Villandry in France in May 2016,
it is as if each shrub is a piece of a life size, brain teasing puzzle that may never end. 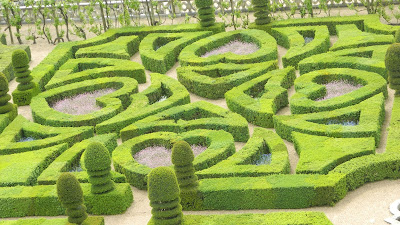 Square after square, the gardens feature meticulously sheared shrubs.
Later in the season, there will be blooms within the shaped shrubbery
or edible plants in the kitchen garden. 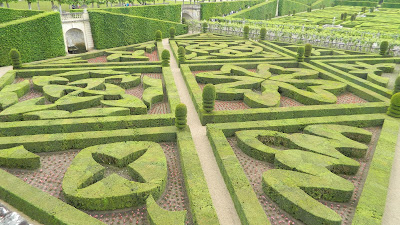 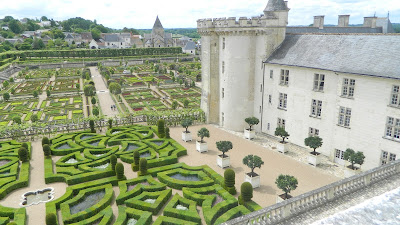 The Chateau itself pales next to the extensive and extraordinary jardin.
The building was constructed in 1532 for Jean Le Breton, Minister of Finance for François I.

The gardens were formal, Renaissance style at the time.  Later, with subsequent owners, the garden was redesigned and, eventually, replaced with a traditional, English notion of a garden with an open, park-like landscape and large swaths of trees. 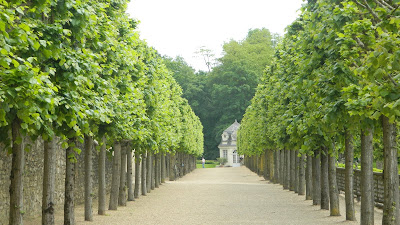 In 1906, the Chateau was purchased by a Spanish doctor, Joachim Carvallo and his American wife, Ann Coleman. Not fond of the English romantic style, Carvallo complained that the castle appeared lost in a forest of trees.

He restored the garden to its Renaissance roots and French style. The garden has been open to the public since 1920.  Now, a team of 10 gardeners maintain an orderly and meticulous garden--without a leaf out of place, much less a tree.